February 4, 2019 – VistaLab™ Technologies announced as a SelectScience® winner from its Seal of Quality program.

The Seal of Quality program recognizes the laboratory products that have consistently received the highest review ratings from scientists around the world. This program was launched in July 2017 to further assist scientists in making important purchasing decisions.

Seals are assigned to approximately 0.1 % of products on the SelectScience® website and are allocated in line with strict criteria based on the quantity of reviews a product has received and the average rating of those reviews. There are four levels of Seal: Platinum, Gold, Silver and Bronze.

The program has been hailed by industry leaders and described as providing ‘invaluable’ information for scientists.

“We are delighted to announce the latest recipients of our successful Seal of Quality program which aims to help scientists across the world see at a glance the top-rated products on the market – in the eyes of their peers,” said SelectScience Editor-in-Chief, Kerry Parker.

“I would like to take this opportunity to thank all our reviewers around the world for sharing their valuable opinions and also to congratulate VistaLab, who has been recognized by the people who matter most, their customers.”

Seal of Quality recipients are announced quarterly and the seals are dated by the year in which they are attained. Manufacturers qualify based on their overall product review rating on SelectScience.

Get the most out of your budget.

When you purchase genuine VistaLab Tips for your MLA and Ovation pipettes, you are making a commitment to quality performance.

Get Your Tips
Previous
Back to Main
Next

Made in the USA
Find a Distributor

This website uses cookies to improve your experience while you navigate through the website. Out of these cookies, the cookies that are categorized as necessary are stored on your browser as they are essential for the working of basic functionalities of the website. We also use third-party cookies that help us analyze and understand how you use this website. These cookies will be stored in your browser only with your consent. You also have the option to opt-out of these cookies. But opting out of some of these cookies may have an effect on your browsing experience.
Necessary Always Enabled
Necessary cookies are absolutely essential for the website to function properly. This category only includes cookies that ensures basic functionalities and security features of the website. These cookies do not store any personal information.
Non-necessary
Any cookies that may not be particularly necessary for the website to function and is used specifically to collect user personal data via analytics, ads, other embedded contents are termed as non-necessary cookies. It is mandatory to procure user consent prior to running these cookies on your website.
SAVE & ACCEPT 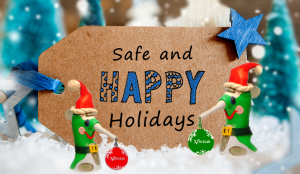